You are at:Home»Ethereum»EOS Remains in First Place on China’s Updated Crypto Rankings. What About Tron, Ethereum and Other Coins?
Cover image via www.tradingview.com

Disclaimer: The opinion expressed here is not investment advice – it is provided for informational purposes only. It does not necessarily reflect the opinion of U.Today. Every investment and all trading involves risk, so you should always perform your own research prior to making decisions. We do not recommend investing money you cannot afford to lose.

Since the recent bull run, the cryptocurrency market has not faced an anticipated correction. The Big 3 coins, Bitcoin (BTC), Ethereum (ETH), and XRP (XRP), are in the green. TRX has also rocketed up 27% recently and against the positive price dynamics, returning it to the top 10 coins list after a prolonged state of purgatory.

Here are the key data points of the top 3 coins:

With the recent market pump, the price of BTC has roared back up to $9,000. However, our earlier forecast is still relevant, with an expected decline of about $300 to $8,700. Below is what will happen this week: 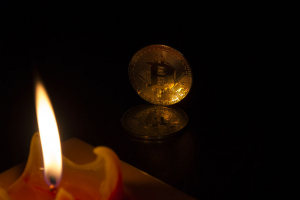 To sum it up, a support level of $8,500 is likely to an important. If the price cannot fix above $8,500, then the downtrend will continue.

Like BTC, ETH is moving in the same direction. Our earlier ETH prediction has come true as the price has moved upwards from $166 to $180.

As the 2nd most popular cryptocurrency, ETH is about to face a rollback before a run to $200. Such a statement is confirmed by the divergence on the 4H chart (see the two big candle shadows). This means that bulls are running out of stem. In conclusion, a price of $175 will serve as a support level, which will likely happen soon.

The recent bull run has already ended for XRP as the price of the coin has increased by less than 1% over the last day.

According to the chart, attention should be given support levels at $0.29 and $0.28. In terms of the closest price prediction, one should expect a decline after a recent market pump. The MACD indicator is about to form a reversal, confirming the bears’ pressure. If sellers break the support at $0.29, then reaching $0.28 is just a matter of time.